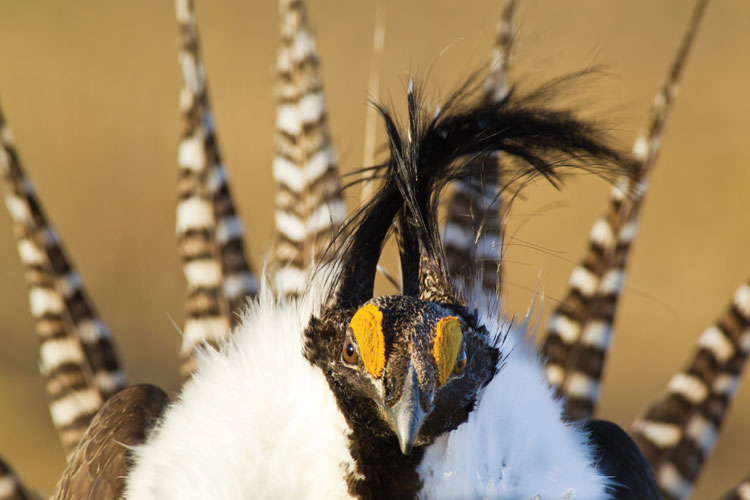 My image was used in this article – “Conservation agreements try to head off endangered species listings” by High Country News.I’ve observed and documented grouse species for the past 11 years and sadly witnessed their rapid decline. In Missouri, the decline of greater prairie-chickens is found everywhere.

Heath hen was one of the first species Americans attempted to save from extinction through legislation and conservation efforts. Despite the efforts, the species became extinct in 1932.  The last Heath Hen, called “Booming Ben,” endured  alone for 3 years.

Currently the population of the Attwater’s prairie-chicken is a fraction of what used to be. With 110 in the wild as of 2011, it is  on the brink of extinction. The next in line is the Gunnison Sage-Grouse with a population of 3,000-4,000.

To have a successful conservation program, it is crucial to get cooperation and coordination from all levels – federal, state, and local groups and landowners.

It is everybody’s guess on what is the best way to protect the species, but I do know that they desperately need help and support to survive – before it’s too late.

This site uses Akismet to reduce spam. Learn how your comment data is processed.