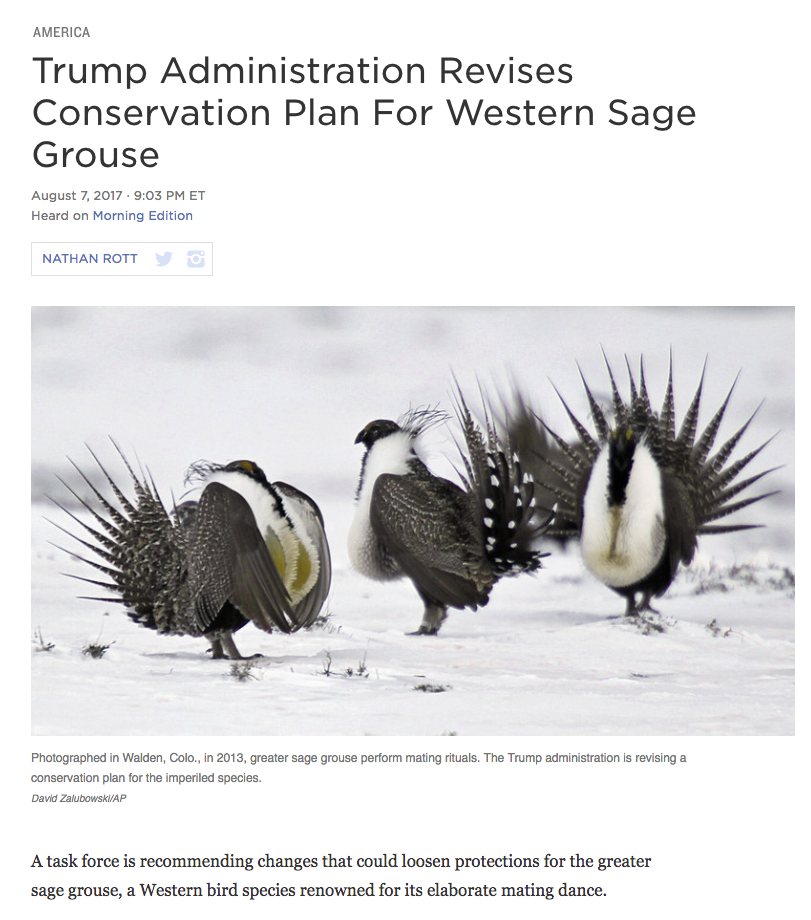 “A task force is recommending changes that could loosen protections for the greater sage grouse, a Western bird species renowned for its elaborate mating dance.

The report comes out of a review by the Trump administration of a massive Obama-era conservation plan for the bird which is imperiled by loss of habitat.

The administration says the revisions are aimed at giving states more flexibility. But critics argue that the changes favor mining and petroleum companies and could hurt the bird’s long-term prospects.

The greatness of a country and its moral progress can be judged by the way its animals are treated. 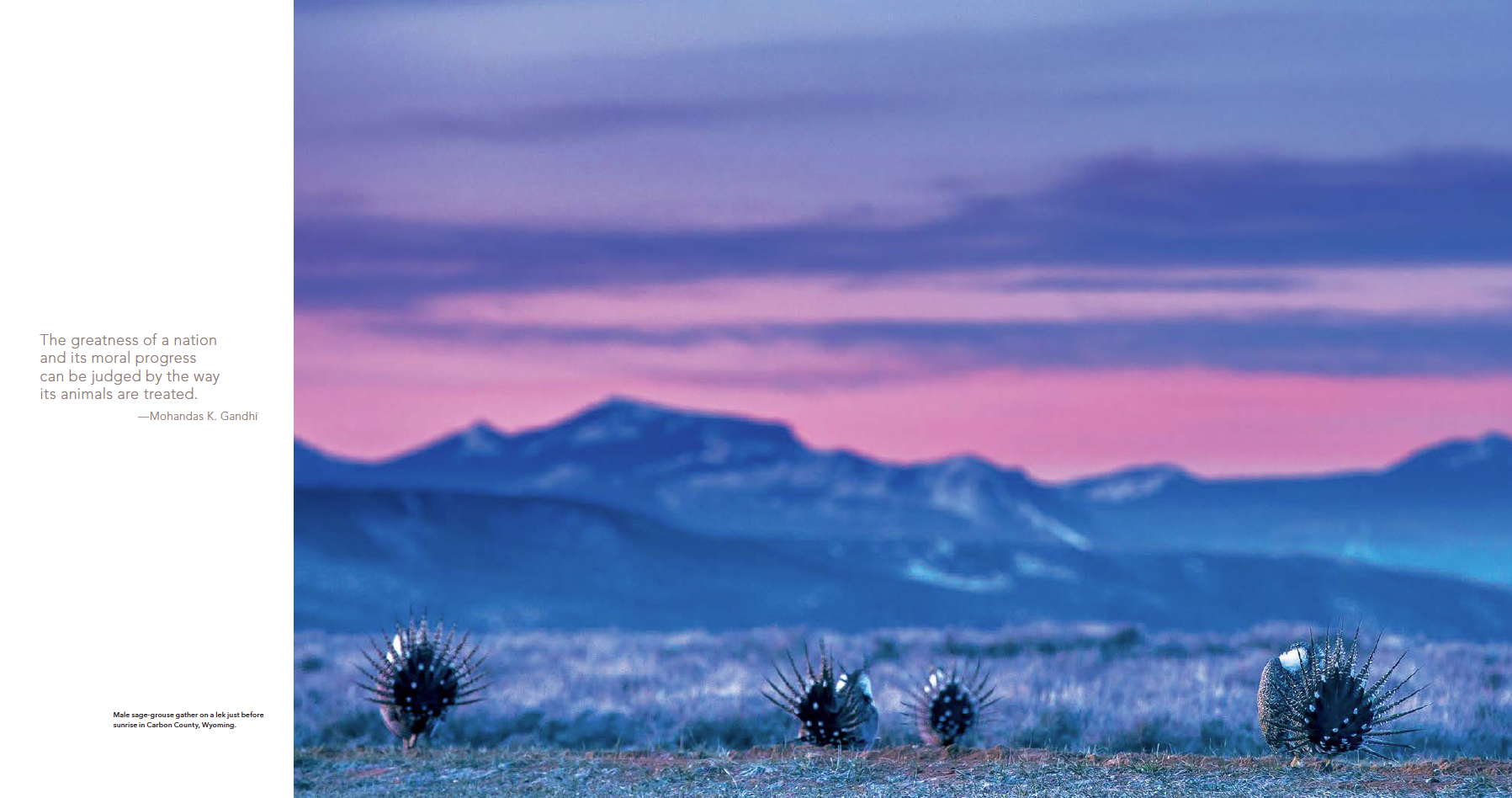